Increase Your Self Confidence 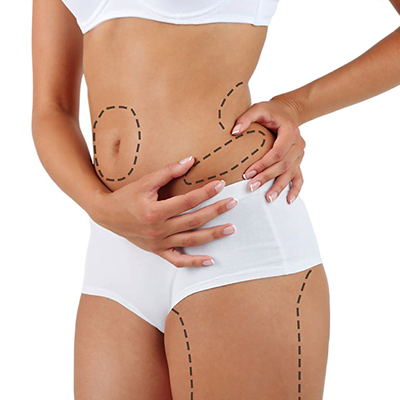 Liposuction is a surgical procedure that uses a suction technique to remove fat from specific areas of the body, such as the abdomen, hips, thighs, buttocks, arms or neck. Liposuction also shapes (contours) these areas. Other names for liposuction include lipoplasty and body contouring.

Liposuction isn’t typically considered an overall weight-loss method or a weight-loss alternative. If you’re overweight, you’re likely to lose more weight through diet and exercise or through bariatric procedures — such as gastric sleeve or bypass surgery — than you would with liposuction.

You may be a candidate for liposuction if you have too much body fat in specific spots but otherwise have a stable body weight.

Liposuction is used to remove fat from areas of the body that haven’t responded to diet and exercise, such as the:

In addition, liposuction can sometimes be used for breast reduction or treatment of gynecomastia.

When you gain weight, fat cells increase in size and volume. In turn, liposuction reduces the number of fat cells. The amount of fat removed depends on the appearance of the area and the volume of fat. The resulting contour changes are generally permanent — as long as your weight remains stable.

To be a candidate for liposuction, you must be in good health without conditions that could complicate surgery — such as restricted blood flow, coronary artery disease, diabetes or a weak immune system.

Inmedita is a collaboration between expert hospitals and doctors and tourism professionals.

The goal of Inmedita is to have satisfied and happy medical tourists. This is achieved by removing confusion, anxiety and surprise from the process of planning & making a health care trip. We do our best to meet our client’s expectations of finding the best healthcare solution for you.

How we can help?

Get a personal consultation.

Have you always dreamed about top quality surgery at affordable prices? Now your dreams can finally come true. With our agency, everybody can afford first-class surgery without ruining their family budget.

Back to top
Page load link